Best Engineering Aids & Consultancies Pvt. Ltd. (BEACON) is the Largest Value-Added Reseller of Dassault Systèmes SOLIDWORKS Corporation. BEACON evolved as Pune’s Top SOLIDWORKS Reseller and also has its office in 8 Locations across India. BEACON is powered by a team of Dedicated & SOLIDWORKS Certified Engineers with detailed and advanced experience in the field of Designing and Automation to deliver quality service to our customers in Pune, Pimpri Chinchwad, Talegaon, Sangli, Satara, Nagpur, Amravati, Ahmednagar and other cities of Maharashtra.

BEACON is India's No.1 SOLIDWORKS 3D CAD Value-Added-Reseller (VAR) for sales & support. BEACON now boasts of an impressive customer base of 3,000+ Companies and Trained more than 40K Engineers on SOLIDWORKS Product Portfolio across India.

We thank all our customers for being associated with BEACON.

Pune has grown from being a university town to a manufacturing hub. Pune is the epicentre of large industrial clusters like Talegaon, Pimpri-Chinchwad, Bhosari, Ranjangaon, Chakan, etc. The township of Pimpri-Chinchwad is dotted with over 4,000 manufacturing units. Pune is home for industries such as High-Tech Electronics, Electric Vehicles, and many innovative Start-ups like Griffyn Robotech, Nocca Robotics, Enrecover Energry etc. Numerous automobile manufacturers such as Bajaj Auto, Tata Motors, Mahindra & Mahindra, Force Motors, Volkswagen, Daimler Benz, Jaguar Land Rover, Renault and MTU FN. and ancillary companies have invested to setup state-of-the-art manufacturing and R&D centres in the city. Several automotive component manufacturers like TATA Autocomp Systems, Robert Bosch GmbH, ZF Friedrichshafen AG, Visteon and Continental AG are located here. The Automotive Research Association of India (ARAI) is also located in Pune. It is also known for IT & ITES activities with a base of many of India's well-known software development majors such as Infosys, Cognizant, Accenture, IBM and Wipro. Its proximity to India’s financial capital-Mumbai-is just one of the many benefits for companies that setup shop in Pune. Tata Motors, Cummins, JCB, GE and Mercedes are some of the major multi-national giants with their presence in Pune. 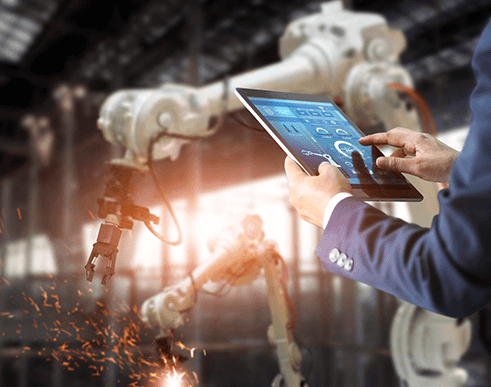 Your Engineers are Productive

BEACON team has the knowledge, skills and expertise to help you keep your engineers productive.

Get the best Return from your SOLIDWORKS investment

Our capabilities, infrastructure and passion for customer success is un-matched to help you get the best from your SOLIDWORKS investment.

A Growing and Stable Business

We are proud that we are a growing and stable business here to support you now and into the future.

One of the many Industries, that SOLIDWORKS caters to is the transportation and mobility industries. With a physical presence of the SOLIDWORKS India West Office; located at Koregaon Park and its SOLIDWORKS Pune Reseller – BEACON is evangelising the advantages of SOLIDWORKS® for Automobile product development solutions that can enable companies in the transportation and mobility industries to collaborate on the design of innovative products with exceptional style, weight, and performance. Companies into the development of new automotive designs can imagine and collaborate vehicle concepts with collaboration and use the integrated tools for analysis, flow simulation, and product data management to innovate better-performing vehicles.

Some of Our Customers